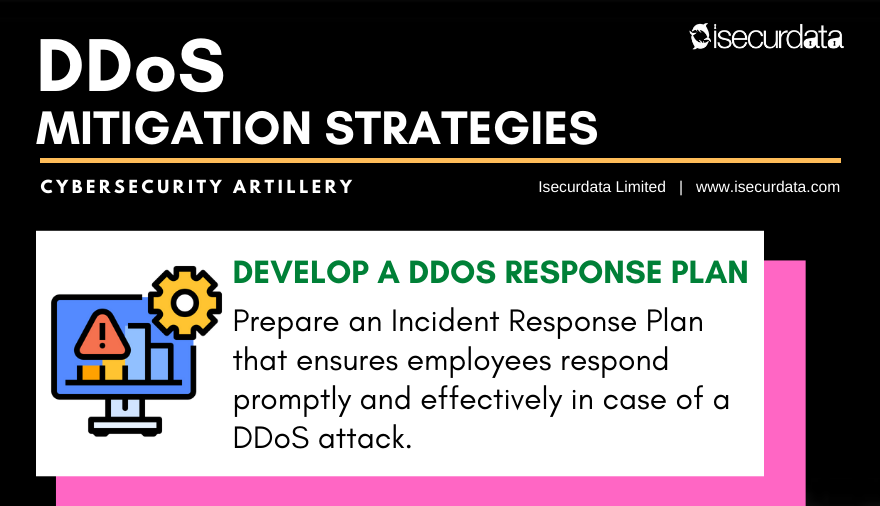 Discover the different impacts of DDoS attacks and irrefutable mitigation strategies for protecting your business from DDoS attacks.

Kaspersky reported that Small to Medium-sized Businesses (SMBs) spends an average of $120,000 to restore services and manage operations during a DDoS attack. The spotlight is on DDoS attack due to how it disrupts business operations and halt organisations’ flow of business service delivery. This makes it essential to implement DDoS mitigation strategies in your organisation to reduce DDoS risk and impact.

DDoS refers to Distributed Denial of Service. This is a cyberattack that is used to overwhelm a system or network to the point where it crashes or is totally shut down making the stored or communicated information and data unavailable and inaccessible.

The word ‘Distributed’ in DDoS refers to the fact that the attack comes from multiple sources to have a higher impact on the target network or system. Meaning that DDoS uses various sources to initiate the attack.

DDoS targets services hosted on the internet. Example of such is mobile applications API, websites, email services and DNS services. The use of botnets, a collection of compromised devices remotely controlled by attackers is a common technique used in DDoS. The devices can be a PC, mobile phones, IP cameras, smart things or networked devices.

Additionally, this is a call to always protect our devices whether electronic or internet-connected ones against cyber threats and use them appropriately so as not to expose them to attacks. Many people’s devices have been used in the propagation of DDoS attacks without their consent.

Whenever a business-critical application that is vital to business operations and functions are disrupted or worse, is taken offline completely, it means employees would not be able to work effectively which will directly affect the business productivity or worse, loss of productivity.

The process of recovering IT systems during and after a DDoS attack can be overwhelming and incur additional costs, such as overtime or the need to use external consultants. The downtime caused by this attack can have a huge impact on the organisation’s public relations and restoring smooth public relations can also incur additional costs such as employing more customer support team members to respond to the increased customer complaints or requests.

Organisations from various industries such as financial, insurance, hosting and MSSP rely so much on their reputation with respect to service availability. DDoS attacks can make clients and customers lose their trust in such organisations, hence, if customers take their dissatisfaction and ill-review about the organisation to the social media, it can result in the loss of more trusted customers.

So how do you protect your organisation from DDoS? Let us show you how in the infographic below: